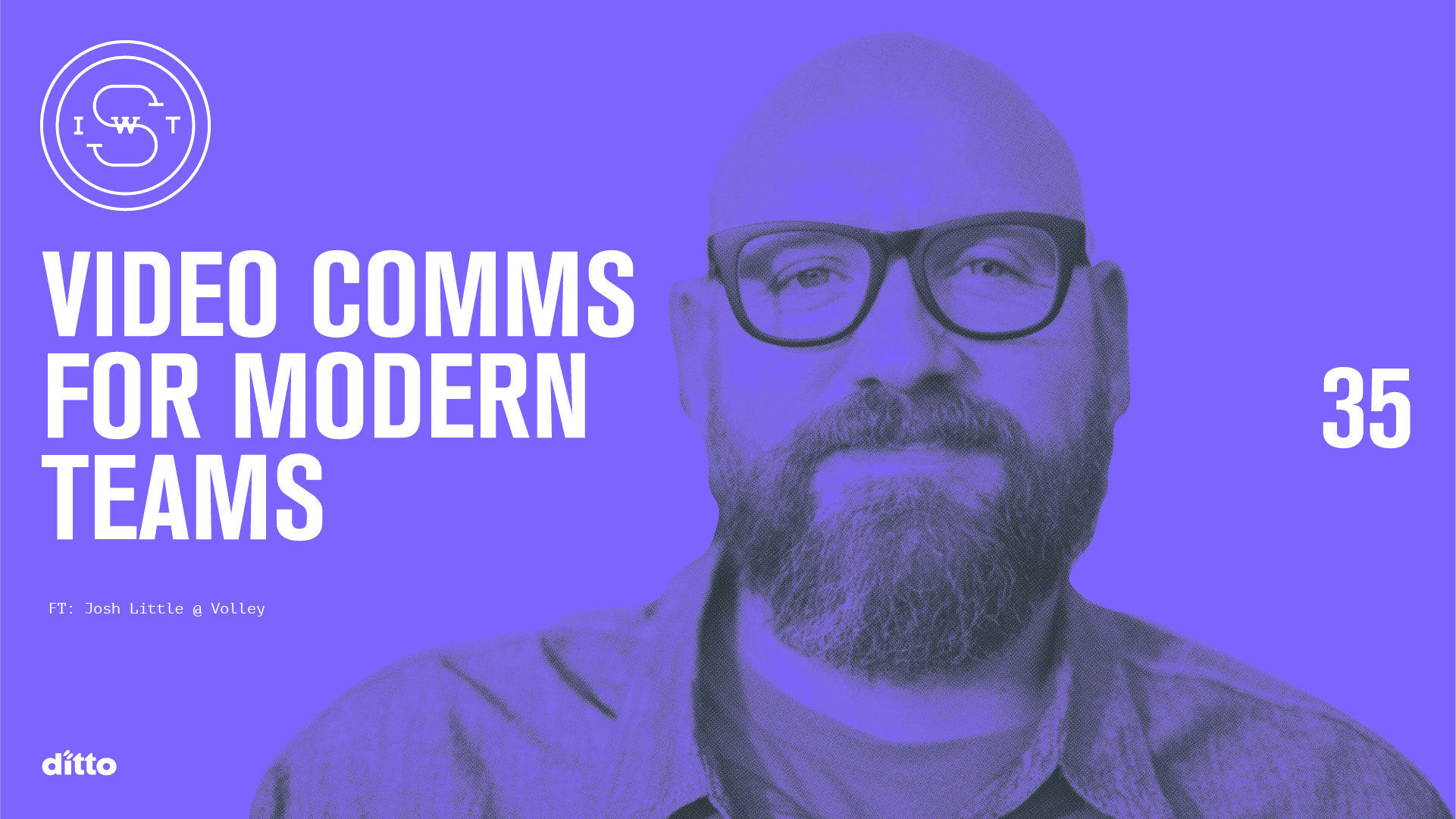 How to communicate effectively with asynchronous video communication.

How to communicate effectively with asynchronous video communication.

Imagine cutting down on the meetings you have in a workweek. Sounds easier said than done. Our latest guest on “In Systems We Trust”, however, believes that reducing the number of meetings can be achieved with video messaging, and he’ll tell you how.

Meet Josh Little, a teacher-turned serial tech entrepreneur with quite a track record. As an entrepreneur, he made his first $100k in the first week, his first million in the first year, and had two multi-million dollar exits in the first 5 years. The products he has created have now been used by hundreds of millions of people. He’s currently on a mission to provide the world with a faster and more flexible way to communicate face-to-face with his latest product, Volley–a video messaging app.

Scratching his own itch.

While Josh enjoyed teaching, he sensed early on that the profession was not his calling. With an inherent talent to spot a need and fill it, Josh knew he could offer more than educating high-school students.

“I tried to figure out what on earth could someone with [my] skill set do for the world,” says Josh.

Needing to make a larger impact, Josh launched his first venture Maestro, an e-learning platform for medical companies to design employee training programs. Within its first year, the platform was able to attract big-name companies in the medical and pharmaceutical industries.

Despite the company’s astounding success, Josh’s intrinsic thirst for better solutions remained unquenched. He realized during his time with Maestro that 10% of work-based knowledge can be taught in training programs, while 90% is usually transferred through “unstructured social learning” such as casual conversations, texts or emails. So, naturally, Josh founded another company, Bloomfire, his first software venture that allows employees to share knowledge in a more social setting. This was during the social media revolution in the late 2000s, so it was no surprise that Bloomfire was acquired 18 months later.

With two multi-million dollar exits; one would think to reap the fruit of their labour and retire. Not for a relentless problem-solver like Josh, who this time around, is taking on the most ambitious challenge yet: abolishing meetings.

If you’re curious about how Josh’s mind works, take a look at the way his latest venture, Volley, came to be.

In recent years, video messaging apps have not only become trendy, but they also proved to be essential. Tools like Snapchat and Marco Polo had caught Josh’s interest, even though he couldn’t quite put his finger on the service he wanted to create. Then the pandemic hit, and suddenly all the pieces fell into place. The world needed a better way to communicate. This is was the starting point for Volley, a video messaging app for work.

You’re probably thinking, “not another work app,” and we get it. With platforms like Slack and Zoom, the market seems to be oversaturated with tools that enable teams to communicate however widely dispersed they are. The way Josh thinks of it, these tools are divided into two forms, synchronous and asynchronous communication.

Texting applications like Slack have the benefit of time, where someone can send you a message and you have the time to formulate a proper response. This is usually how asynchronous communication works and thrives. On the other hand, synchronous communication like video meetings makes it easier for one to articulate what they what to say, using body language and tone to effectively relay their message. Volley aims to bridge the gap between the two forms with its asynchronous video communication feature.

“Volley pulls the two together, where you can share a video message that has all of the context, all of the empathy…and you're also speaking, which is seven times faster, but you're doing it asynchronously. So, in Volley, we take turns just like any other conversation, except you record your turn with a video.”

While Josh concedes that professional teams have not yet fully embraced the platform as he had hoped, he remains optimistic that the opportunity will come with later releases down the line. After all, Volley managed to attract a niche of its own and build a community of course creators and coaches who have shown higher retention rates and engagement.

With the unique service that Volley offers, Josh hopes to reduce the number of meetings in the workplace.

You wouldn’t want to miss our full conversation with Josh Little, where he also shares his thoughts on success and knowing when to walk away.