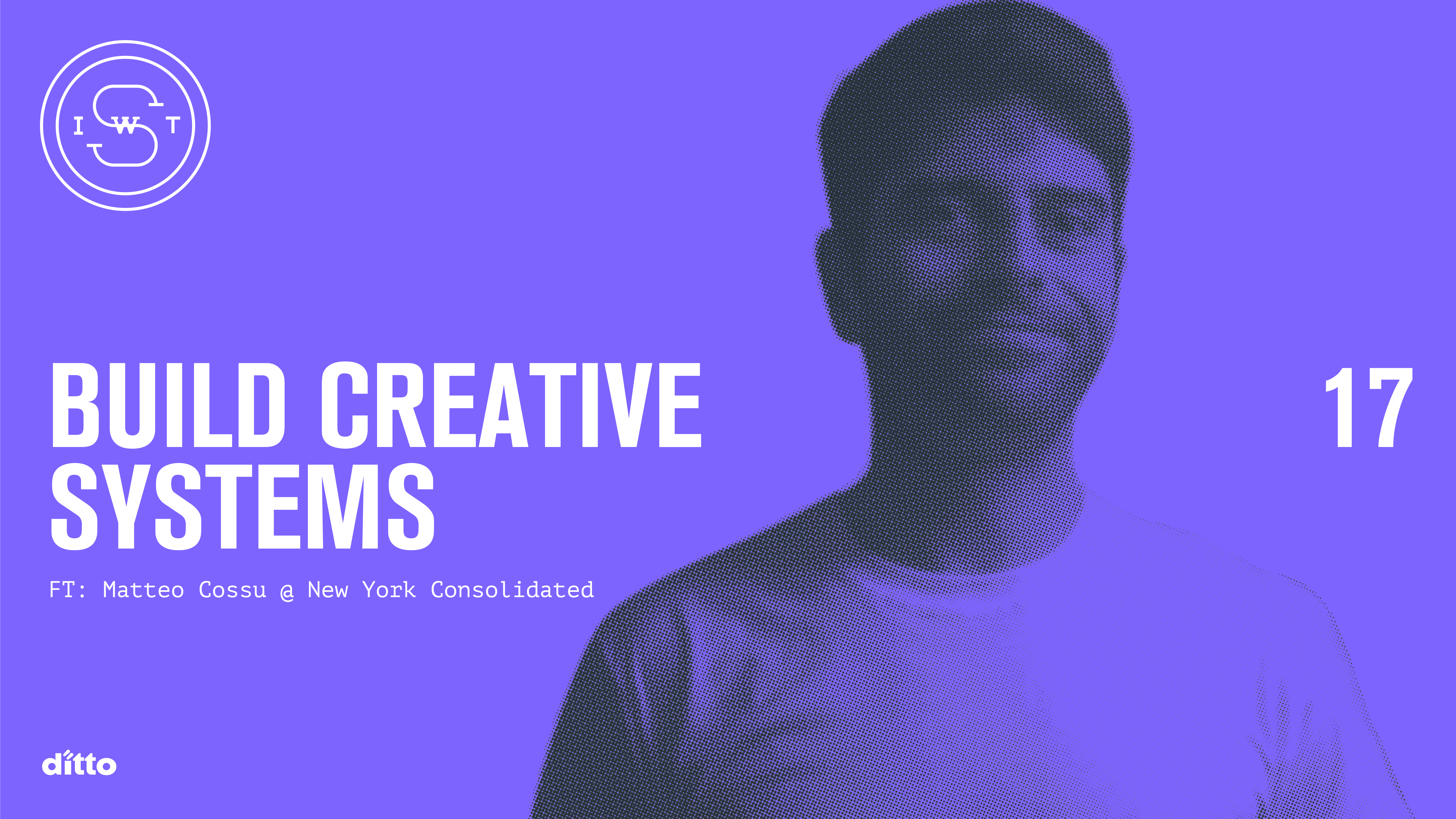 In our most recent episode of “In Systems We Trust,” we talked to Matteo Cossu, who works for New York Consolidated in the publishing industry. Because he works with illustrations and art as a project manager, the projects he works on are very complex. He says he’s more like a producer for a documentary, but with books and art pieces.

Starting and maintaining the creative process.

When working with creatives, there are usually lots of moving parts. Sometimes there is an artist, graphic designer, editorial director, copywriter, and more. With so many moving parts, it can be difficult to nail down a seamless process. As a project manager, Matteo often acts as a liaison between creative teams. As a project begins, it will be important to have easy communication between teams and to build into your plan more than enough time for tasks to get done.

With Matteo’s line of work, he often works with illustrated books. And because of this, it takes around 10 months from start to finish with one book. However, because he knows he should always give more time than necessary, he sets up the timeline to be 12 months.

Why should you spot yourself time when planning a process?

Sometimes, unprecedented things happen. Matteo has had some times where the editors need longer than a week because of their work or personal schedules. And other times, he’s had his books literally drop into the ocean. Because he hadn’t spotted himself enough time, this was a hard lesson to learn. So building in contingencies to make sure you have enough time to combat these unprecedented events is critical to success.

Which software should you use to plan to creative process?

At Ditto, we’re big fans of Asana, and it turns out that Matteo is as well. It makes it easy to keep everyone organized and move around timelines when needed thanks to the individual tasks. Though Matteo did originally work with some other software in the past that may have been “prettier,” he found that Asana had everything he needed when planning a creative process.

Putting together a creative process.

When working on the creative process, Matteo does a lot of research on his end. There are so many different stakeholders in a creative process, and he knew that they all work differently. He works with a lot of freelancers, as well, so he keeps their schedules in mind when putting together the process.

Step 1: Talk to your team members.

Before Matteo sets up the process and inputs everything into Asana, he talks to his team members that are on the specific project. Sometimes, they’re old school and only do things on paper, which takes longer. Sometimes, the artists have other projects going on. No matter what, the first thing you should always do is talk to your team members before coming up with a specific plan.

Step 2: Create or use templates.

He creates an Asana template with timelines, and he gives it a start date, and the rest of the tasks automatically fill with dates. This helps him to not have to calculate task due dates every time. He condensed his process to save time and make things easier on him.

Step 3: Make sure the tools are all aligned.

Your software and tools are only as good as the users who understand them. If the team doesn’t understand Asana, they’ll have a hard time looking at due dates and figuring out how to work the software. Matteo and his creatives use Asana, Airtable, Adobe Creative Cloud, Google Drive, and Dropbox.

The one problem that Matteo has experienced with this is that some of these tools overlap. For example, Google Drive and Dropbox can be very similar. So, what he does is decide on the tools being used for each project and insists upon just one shared folder that everyone can access at any time.

The benefits of creative processes for the future.

To end the episode we talked a little bit about working from home and why so many companies are against it. Simply put, it’s because there aren’t good enough processes in place. When you have a solid process written down and implemented, whether it be on Asana or another software, you cut out the middleman. You don’t need those in person reminders anymore. So, working from home can be just as productive, if not more productive, than working in person when the processes are solid.

Though it does take some time to set up a creative process, it is by far worth it. We talked about so much more with Matteo, and the information is invaluable. Make sure to tune into the full episode here!